As enjoyed at many fine GTA restaurants

Most not available at LCBO stores

Prompt delivery to your door 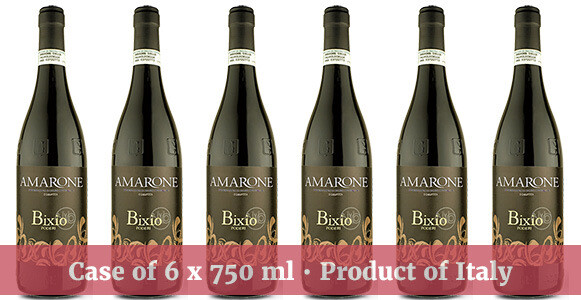 This fine restaurant-quality imported wine is not available at LCBO stores.

A note on quality and price: Generally, Amarone is a textbook example of "you get what you pay for." Genuine, traditiojnally made Amarone is known to be a very expensive wine ($70 and up). Cheaper Amarones are simply not in the same league.

Having said that, true Amarones are made in varying styles. Bixio Amarone della Valpolicella DOCG is an excellent example of a style of Amarone where the grapes have had a shorter appassimento—drying time—(2-3 months rather than, say, a more traditional 5 months) and the wine has spent between 1 and 2 years in oak aging, as opposed to 2 years or more.

This makes for a more easy-drinking style of authentic Amarone, a "younger brother," if you will, offering fine quality at a slightly lower price point.

Origin: The hills surrounding the village of Badin in Marano, in the Valpolicella Classico region, Veneto, northern Italy.

Aging: Aging in oak barrels for at least one year, followed by 3 months refinement in the bottle.

Tasting Notes: Intense ruby-red color. Complex aroma with hints of plum jam and balsamic vinegar. On the palate, it is full-bodied and balanced, with flavor notes of blackberry jam, black currants and chocolate.

Serving Temperature: 18° to 20°C (room temperature or a bit lower).

Save this product for later
Display prices in: CAD 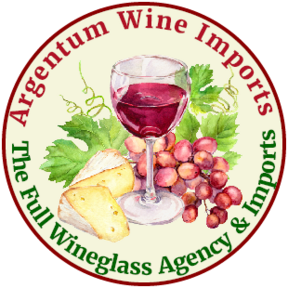 DISCLAIMER: Argentum Wine Imports and The Full Wineglass Agency & Imports do not sell alcoholic beverages but arrange for customer purchases from the LCBO.

Order fulfillment and customer service for products on this website are carried out by Argentum Wine Imports and The Full Wineglass Agency & Imports.